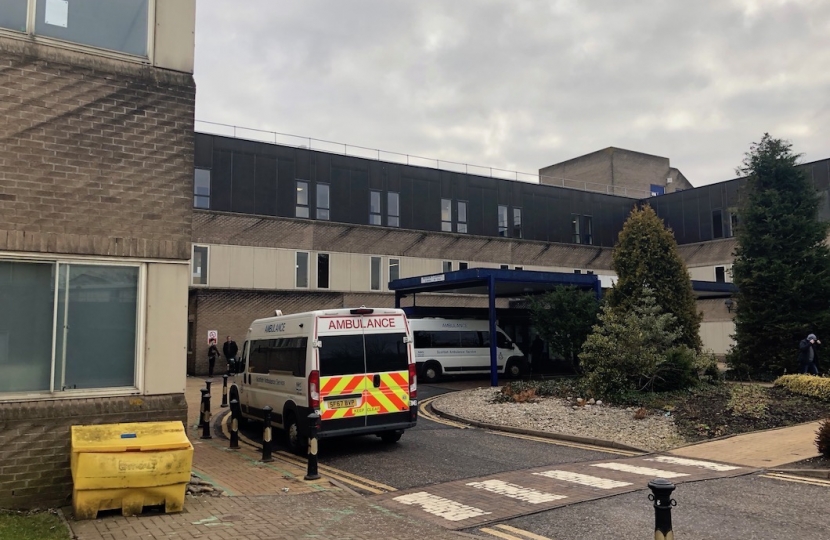 The average time it takes an ambulance first responder to reach the scene of an emergency has almost doubled in the space of four years, new research has shown.

In the last three months, it took first responders an average of 15 minutes 28 seconds to arrive following a 999 call.

Over the same period five years ago, the mean response time was 8 minutes 49 seconds.

The figures were obtained under Freedom of Information by the Scottish Conservatives.

They also show huge disparity across the country when it comes to average response times.

In the West Central division, which covers Glasgow, it took 19 minutes 2 seconds for a first responder to arrive on average.

That compares to just 12 minutes 10 seconds in the South West division.

Overall, first responder times were more than a minute worse than the same period last year.

The response from the Scottish Ambulance Service noted that, on some occasions, it took first responders less than a minute to attend an emergency.

However, instances of the longest response time were also included.

They revealed that, in the first quarter of 2017/18, a patient had to wait 116 minutes 32 seconds for a first responder to arrive.

And in the most recent quarter, the longest wait was 88 minutes 42 seconds.

“Looking at these figures over a four-year period reveals a very worrying drop in performance levels.

“The Scottish Ambulance Service is clearly an organisation under severe strain, and needs more support from this SNP government.

“A doubling in the average response time tells its own story, and it’s one that will concern patients right across Scotland.

“It’s also clearly wrong that patients in one part of the country have to wait significantly longer than those in another.

“The ambulance service is a much-loved and much-needed institution – it’s time the SNP government gave it the support and resources it needs.”