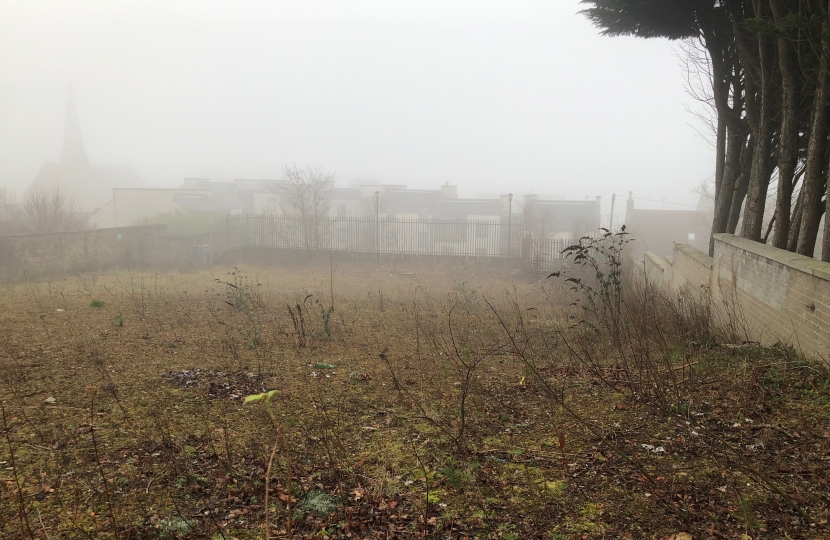 At this weeks Council Executive Councillor Charles Kennedy, Conservative Councillor for Bathgate tried to save the Council premise at Majoribanks Street for Community use.

West Lothian Council intended to put the property and surrounding area for sale as is surplus to requirements. However, Charles Kennedy had been approached by Bathgate Community Council who wished to look at asset transferring the property in order to develop a community garden in the area.

Charles Kennedy moved an amendment to withdraw the property off the surplus list whilst discussions are taken place between the Community Council and West Lothian Council, therefore ensuring the property is not sold before a decision is made.
Unfortunately, the Labour Group on West Lothian Council voted against Charles Kennedy’s proposal putting the risk that the property will be sold before a decision can be made on any asset transfer.

Charles Kennedy stated, “The decision by the Labour Group on West Lothian Council is extremely disappointing, I wanted to be elected as a Councillor for Bathgate as I wished to help and support the local community, yet, and not for the first time, the Labour Group have stopped a good proposal for the people of Bathgate just because it wasn’t suggested by them. It is frustrating, and whilst an asset transfer may still happen, my proposal was the only way to ensure 100% the property wouldn’t be sold early”.

A spokesman for West Lothian Conservative Councillors said, “It is such a shame that the Labour Group seem incapable of supporting good, practical ideas from other Councillors. Whilst on this occasion it is Bathgate and Charles Kennedy that has been frustrated, this behaviour by the West Lothian Council Labour Group has occurred before. It is about time Labour started doing the right thing for the residents of West Lothian and stop playing political games. Otherwise, the electorate will not forgive them at the next elections.

The Prime Minister's statement on the death of His Royal Highness The Prince Philip, Duke of Edinburgh