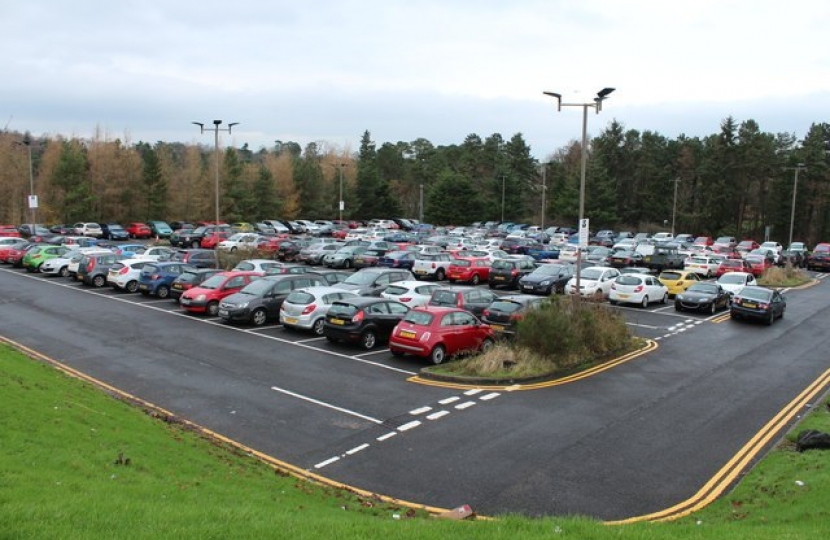 Finance secretary Derek Mackay wants to impose a charge on people who take their cars to work, which could amount to more than £400 a year.

Now it has emerged the new levy would increase the basic rate of tax paid by a worker on the real living wage from 20p in the pound, up to 30p.

He pointed out that John Swinney – standing in for Nicola Sturgeon while she tours the US – used to be opposed to imposing tax hikes on lower paid workers.

He cited the example of an apprentice who contacted MSPs to voice his concerns, arguing the tax would “hit the lowest and least represented of employment groups in the country”.

Mr Carlaw also highlighted remarks by SNP MSP Richard Lyle, who only two months ago told the Scottish Parliament: “I am not for your parking charge levy, and I speak on behalf of thousands of motorists who have been taxed enough.”

“It’s time the SNP admitted it got it wrong, and dropped this unwanted and unworkable plan.

“Hardworking Scots should not be fleeced just because Nicola Sturgeon can’t stand up to six Green MSPs.

“Businesses, workers and motoring groups have all now voiced their opposition to this plan.

“It will be a punishment on people for taking their car to their place of work, and will hit the lower paid workers in Scotland especially hard.

“Even SNP MSPs are embarrassed by these proposals.

“It’s time for the nationalists to abandon this ludicrous scheme, and get on the side of the people who keep our economy going.”