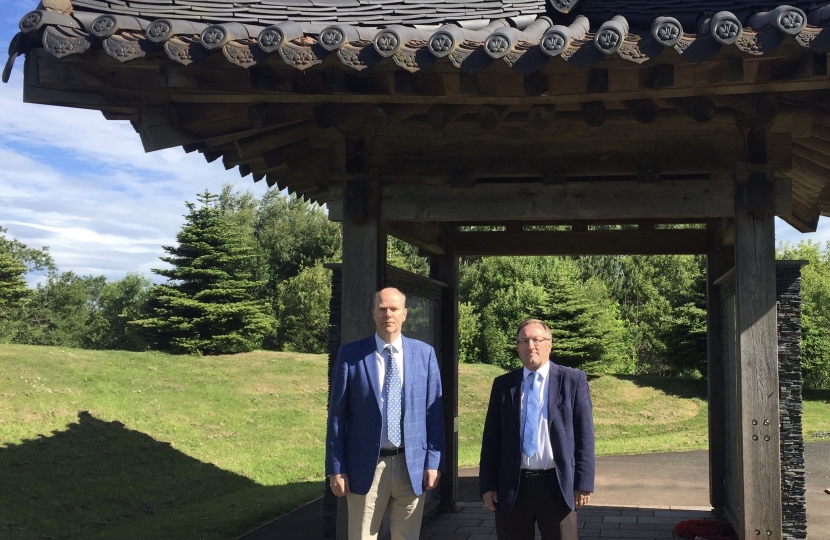 Gordon Lindhurst, Scottish Conservative MSP for Lothian, has added his voice to calls for better road signage for the Korean War Memorial on some of Scotland’s motorways.

The MSP has joined the Korean War Memorial Trust, as well as councillors on West Lothian council, including Councillor Charles Kennedy who is one of the Trustees of the Memorial. They have repeatedly written to Transport Minister Humza Yousaf and Transport Scotland, pointing out that improved signage is needed to guide visitors and veterans to the memorial.

Transport Scotland had repeatedly refused, most recently indicating that West Lothian Council would have to implement local signage first.

West Lothian Council has now done so and Lindhurst has written again to Transport Scotland, pointing out that local signage can guide visitors to the Memorial from the motorway, but signage is needed on the trunk roads themselves.

The Memorial sits in the Bathgate Hills and was opened in June 2000. It commemorates around 1,100 British men who fell in the Korean War, which ended 65 years ago this year. It is the only memorial in Scotland dedicated to those who fought in the war.

Many veterans still describe the Korean War as the ‘forgotten war’, a conflict for which there was little appetite in Britain so soon after the end of the Second World War.

Speaking today following a visit to the Memorial and to see the newly installed local signage, Lindhurst commented:

“In this year, the 65th anniversary of the Armistice, it is more relevant than ever for Transport Scotland to contribute towards remembering those who fought in Korea.

“Veterans’ stories of the war have often gone unheard, but having the Memorial here tells them that their friends who bravely fought and died on the other side of the world will always be remembered.

“We need additional signage on the motorway to complement what the council have put up, so visitors can more easily find their way from the M8 and M9 all the way to the site.

“I have written to Transport Scotland about this and urge them to take action so that the remaining veterans get their wish for an adequately signposted Memorial.”