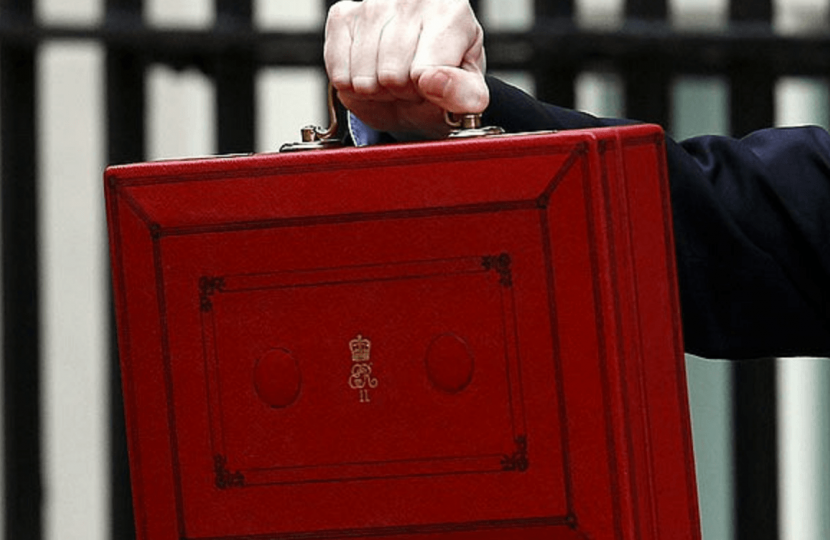 Today’s budget proves Scottish Conservative MPs are delivering for voters here, with results on whisky, oil and fishing – as well as an immediate £1 billion Barnett bonus.

The party’s 13 MPs have lobbied the Treasury repeatedly on a range of issues which would boost Scotland’s economy.

And today, Chancellor Philip Hammond announced a freeze on whisky duty - a move that will save cash for the industry and consumers, more support for North Sea oil, additional cash for city deals across the country, and investment in fisheries technology.

Around £1 billion will also be immediately available to the SNP to allocate in its upcoming budget thanks to Barnett consequentials.

That includes £550 million from health spending, the first tranche of a £2 billion Barnett NHS bonus due over the next five years.

And the average Scottish worker will enjoy a £130 tax cut thanks to changes in the personal allowance.

“Scottish Conservative MPs were elected on a promise to stand up to the SNP, and to deliver for Scotland.

“The results from this budget prove that has been the case.

“We have secured a freeze in whisky duty, more money for city and regional growth deals, support for oil and gas, and investment in fishing.

“There is also a Barnett bonus of almost £1 billion which the SNP government can get to work on spending straight away.

“The ball is now in Derek Mackay’s court.

"With tax cuts being delivered south of the border, the case for yet more SNP tax rises next year in Scotland is simply unsustainable.

"Nicola Sturgeon must rule it out, now.

"The Chancellor has today said that austerity is coming to an end.

“We now need to see an end to the SNP's high-tax agenda, replacing it with a plan to support jobs and grow the economy.

“We said we would speak to the SNP about getting its own budget through if it slashed air passenger duty, supported the high street, and ruled out another independence referendum.

“The Chancellor has called Derek Mackay's bluff, and now he has nowhere to hide.

“He has a huge up-front payment of the money to transform our health service and funds to support our high streets. There can be no more excuses.”