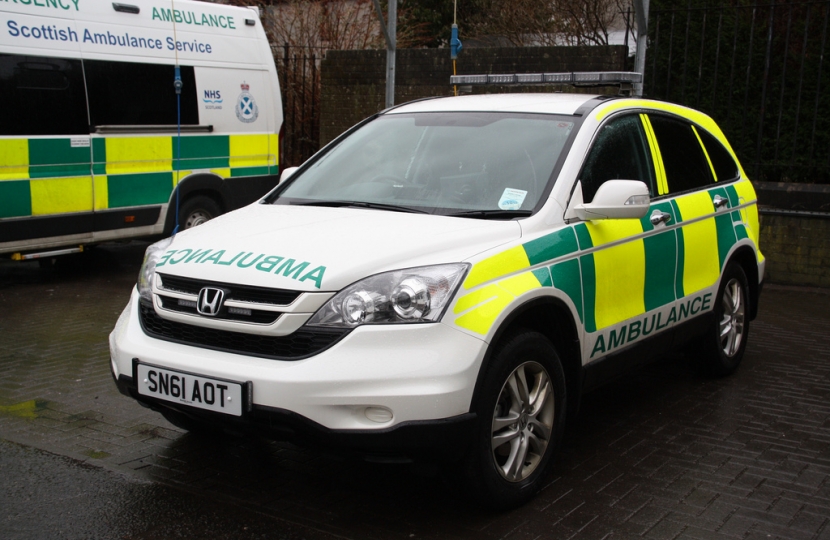 A shortage of staff meant more than £6.3 million was spent paying paramedics to work extra shifts as pressure intensifies on ambulance workers.

That’s an increase of £670,000 in the space of a year, and is the highest figure in the last five years.

Overall in 2017 - including managers, support staff and technicians - the organisation spent almost £11.8 million in overtime – the equivalent of £32,000 a day.

Overtime payments made to ambulance drivers have also doubled since 2013, reaching £38,000 last year.

The rise comes as the Scottish Ambulance Service finds itself under more pressure dealing with an increasing and ageing population, and worsening “turnaround” times at Scotland’s major emergency departments.

In the summer, more than 2500 addresses across the country were “red-flagged” – a policy where ambulance staff aren’t allowed to attend without a police presence.

The figures were obtained by the Scottish Conservatives through Freedom of Information.

In its response, the Scottish Ambulance Service said it was in the process of training an additional 1000 paramedics over the next five years “to ensure we can continue to provide safe, effective care”.

“Ambulance staff are under huge pressure, and that is increasing according to these figures.

“The fact more than £6 million was spent on overtime just for paramedics last year goes to show just how short-staffed the organisation must be.

“Many staff will be willing to do these additional shifts, but from a health and safety perspective, it’s not ideal to be relying on this so heavily.

“It’s welcome that the Scottish Ambulance Service is now training so many extra paramedics.

“But clearly years of under-funding and shambolic workforce planning by the SNP government has contributed to this current unacceptable situation.”