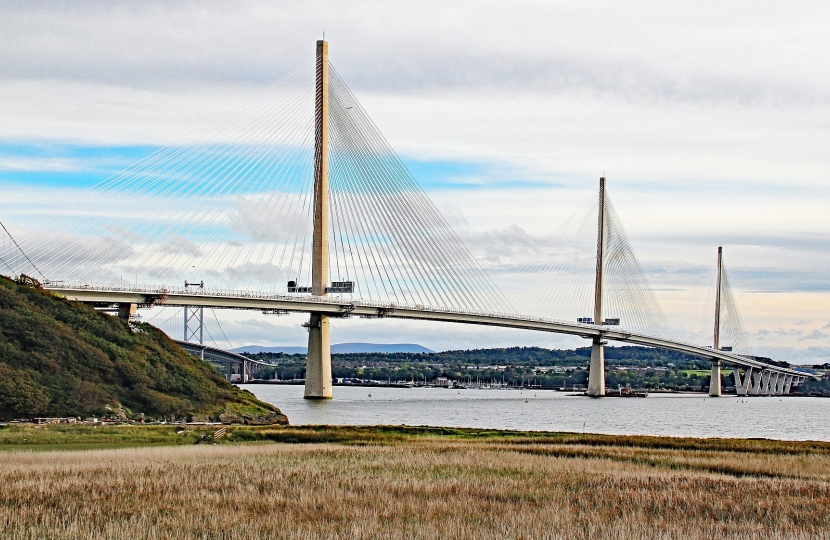 Repair works to the new Forth bridge will continue well into the autumn of 2019, two years after it opened.

MSPs were told today that delays had caused snagging repairs on the Queensferry Crossing to be pushed back.

Transport Scotland director Michelle Rennie admitted to the Rural Economy and Connectivity Committee that the contractor “has experienced difficulties in mobilising resources and this has had a significant impact on his progress”.

An updated chart of repairs showed the slipping of a number of maintenance issues, including the commissioning of cable maintenance access cradles which would now happen in June, and bearing remedials a month later.

The Scottish Conservatives said the SNP’s hurried approach in ensuring the bridge opened on time may lead to commuters facing disruption further down the line.

“Commuters will see news of more repairs needed, and conclude that the SNP is now playing catch-up after hurrying to open the bridge triumphantly, at the expense of commuters and drivers.

“The fact the bridge is architecturally impressive does not excuse any disruption that will be caused to drivers due to its premature opening.

“There’s never been a back-patting session quite like it from the nationalists after the Queensferry Crossing was officially unveiled last year.

“But now we learn the substantial backlog of snagging works will continue well into the autumn of next year, two years after it originally opened.

“The Queensferry Crossing is a magnificent piece of work, but if journey times have not improved and motorists are facing years of roadworks, you can understand scepticism around this flagship project.”