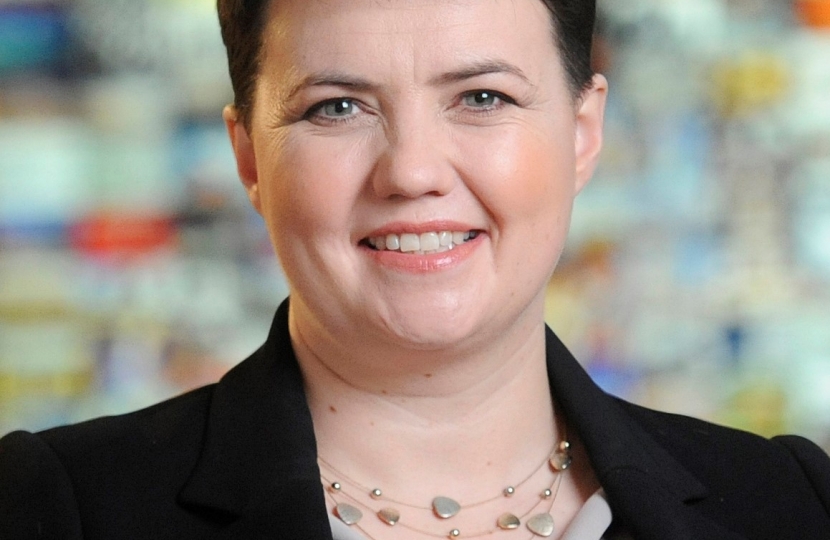 On Monday this week, the First Minister chose the wrong course for Scotland.

I profoundly regret the course of action she took.

And on behalf of the many, many Scots who do not want to go back to a second referendum – people who voted both No and Yes to independence – I tell her, it is not too late to change course.

The fact is that there are so many other urgent issues that require our attention
…from managing the Scottish Parliament’s important new powers over tax and welfare, to the future of our NHS.

The First Minister herself has said that that improving the quality of Scottish schooling would be her number one priority.

In our view, an all-consuming referendum campaign over the next 18 months would show this promise to be worthless.

So I ask the First Minister to act – and act now – to show she is prepared to deliver on those pledges she made.

Unfortunately, all the signs are that the Scottish Government will not take that step.

In addition to Monday’s statement, a website for its referendum campaign was set up at the start of this month, and fundraising has already commenced.

That is why the Prime Minister, the Secretary of State and myself have decided today to make clear to the Scottish people what response we will adopt.

As David has already said, we reject conclusively the timetable for a referendum set out by the Scottish Government.

For a key reason - because it is unfair to Scottish voters.

We have just come through a referendum campaign when a key complaint among many people was that they did not have the necessary information to help them make an informed decision.

If we were to keep to the First Minister’s timetable, this is exactly what would happen in Scotland, too.

On the most important political decision a country can make, we would be voting blind.

I believe that it is only right that people have the opportunity to examine the UK’s new relationship with the European Union once it is up and running.

People should only be asked to make a judgement about whether to leave or remain within a 300-year old Union of nations when they have seen for themselves how that Union is functioning, following Brexit.

They should also know what the alternative entails, and we have seen no clarity from the SNP on even the basic questions of their proposition.

But I believe there is another fundamental reason why now is not the right time to take Scotland back to the precipice.

And that is because there is no clear political or public consent for this to take place.

The country – and our Parliament – is divided not over just the question of independence, but over whether we should even hold a referendum or not.

We all accepted – Unionist, Nationalist and those who sat on the fence – that it was right and proper for the question to be asked.

Today, however, that consent is simply not there.

In Scotland, we know to our cost that referenda are divisive.

At an absolute minimum, therefore, I believe there should be agreement across political parties and from the public at large, that it is right and fair for such a referendum to proceed.

just three years after the last one

when the SNP promised to respect the previous vote

that the SNP must earn the right to ask the question again.

They cannot simply claim it. And through that claim, pretend it is true.

In short, I oppose a referendum on independence.

But if the SNP insists on pressing ahead, we will argue that a referendum cannot happen when the Scottish people have not been given the opportunity to see how our new relationship with the European Union is working.

And until there is clarity over the alternative.

And we will maintain that it should not take place when there is no clear public or political consent for it to happen.

Our country does not want to go back to the divisions and uncertainty of the last few years.

Another referendum campaign will not solve the challenges this country will face.

It is my deep regret that the SNP has chosen the path of trying to divide Scotland yet further. It would be irresponsible not to do all I can, to ensure that does not happen."