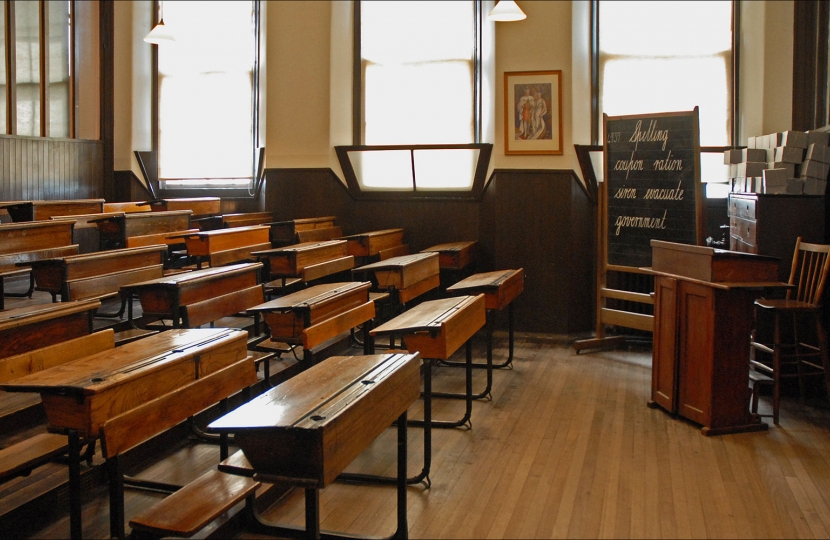 The education of Scotland’s youngsters will suffer if the SNP drags Scotland “back down the rabbit hole” of another independence debate.

Speaking ahead of the launch of Nicola Sturgeon’s separation blueprint tomorrow, Scottish Conservative leader Ruth Davidson pointed to a series of education failings which have occurred on the SNP’s watch.

And she warned these would worsen if the SNP government restarted the bid to break up Britain, neglecting domestic priorities in the process.

At First Minister’s Questions today, it was revealed fewer pupils are sitting key STEM subjects – specifically biology, chemistry, maths and physics – than in 2014.

The SNP’s pledge to cut class sizes in primaries one to three to a maximum of 18 pupils has also failed, Ruth added.

In Nicola Sturgeon’s own constituency just four of 91 classes meet that promise.

“The First Minister used to claim education was her top priority – but the evidence points to the contrary.

“It’s hard to see how dragging Scotland back down the rabbit hole of a debate on independence is going to improve our schools.

“Not only are fewer pupils taking Highers in key STEM subjects, fewer are getting those Highers than in 2014.

“The SNP also said cutting class sizes was a priority, yet a tiny fraction of classes now meet their pledge.

“This is typical of the SNP. It makes promises to get elected and abandons them as soon as they become inconvenient.

“But there is one issue the nationalists will never put aside, as the launch of their latest separation blueprint proves.

“Nicola Sturgeon has made clear what her priorities are – it’s independence first and everything else a long way behind.

“It’s no wonder the people of Scotland want her to give it a rest.”