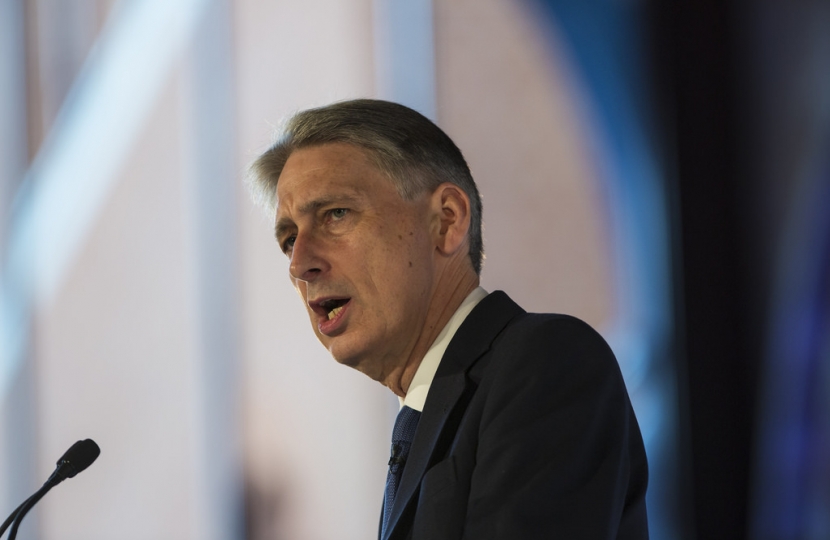 Philip Hammond has delivered a £2 billion boost for Scotland’s economy as part of today’s budget.

During his statement to parliament today, the Chancellor of the Exchequer said having his “ear bent” by the Scottish Conservatives’ 13 MPs had resulted in a number of positive measures for Scotland.

He confirmed that VAT on police and fire services would be scrapped from next year, after the SNP created the single organisations fully aware of the costly charges in 2013.

Duty on whisky will be frozen, meaning a bottle will be £1.15 cheaper next year than it would have been had Labour’s plans had been in place.

A range of tax breaks to help North Sea oil and decommissioning were unveiled, while further progress on city and region deals was also confirmed.

The Scottish Government will also be under pressure to mirror support for housing.

Scottish Conservative leader Ruth Davidson said the impact of her party’s new MPs, who were elected in June, was considerably more notable than anything the SNP group had managed in recent years.

She also urged Nicola Sturgeon, with £2 billion in additional funding at her disposal, to abandon plans to hike income tax north of the border.

“This is a budget that delivers for Scotland.

“Scottish Conservative MPs and MSPs have all made the case for key Scottish interests.

“The Chancellor has today shown he has listened and taken action.

“It makes clear that engaging positively with the UK Government will always see greater benefits for Scotland than continual grievance could ever hope to achieve.

“The Chancellor’s decision to freeze whisky duty gives a real shot in the arm to our most important export.

“I’m delighted our efforts to resolve the police and fire VAT issue have paid off.

“The tax reforms for our oil and gas industry will offer a fresh lifeline to the north east.

“All these measures were top Scottish Conservative priorities – and I’m delighted they’ve now been delivered.

“The budget hands the SNP government a £2 billion Barnett bonus.

“It’s funding that could now be used to help solve Scotland’s housing crisis, to upgrade infrastructure, and to support our schools and hospitals.

“That extra funding also means that SNP ministers must look again at their reckless plans to raise income tax in Scotland.

“As a result of the Chancellor’s decisions today they are getting £2 billion extra funding to help meet their own spending commitments.

“With income tax and stamp duty being cut south of the border, there is a growing tax gap between people in Scotland and elsewhere in the UK.

“The SNP can’t keep hitting Scots in the pocket – and need to hold off further tax rises in the Holyrood budget next month.

“The case for raiding the pay packets of ordinary Scottish families has collapsed.

“The Chancellor has delivered for Scotland. As we look ahead to the Scottish budget next month, it’s now vital that the SNP government follows suit.”