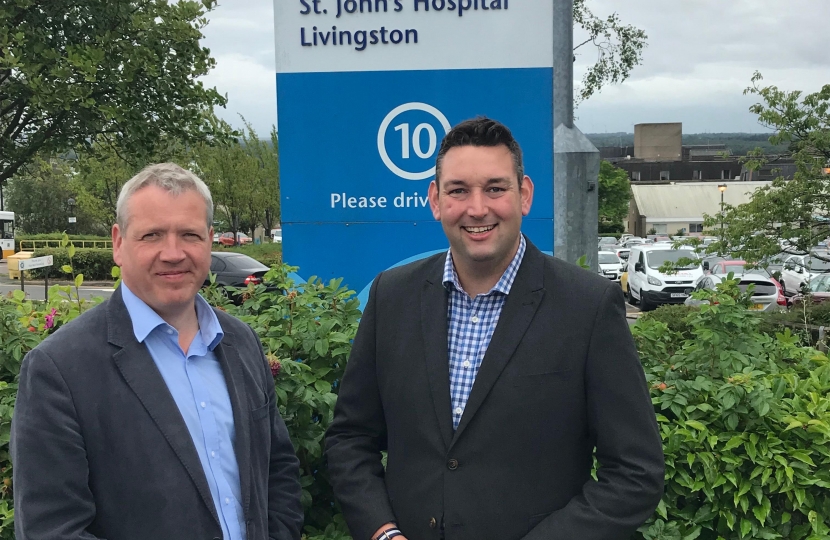 On the 27th June 2018 Jeane Freeman requested a progress update from the acting Chief Executive of NHS Lothian, Jim Crombie, by the “end of the summer”.

Since the closure of the children’s ward, over a year ago, NHS Lothian has struggled to recruit paediatric doctors.

Last month it was revealed that around 500 sick youngsters have been diverted to a hospital 20 miles away since the controversial closure of a children’s ward.

Papers presented to this month’s NHS Lothian board meeting stated: “In the year since the temporary closure of the paediatric inpatient unit at St John’s Hospital there had been approximately 500 admissions from there to the Royal Hospital for Sick Children, averaging at 1.6 admissions per day.”

Previous research by the Scottish Conservatives suggested the number of ambulance journeys from St John’s to the Sick Kids trebled in the wake of the closure.

“The summer is now over so I have called for a Parliamentary Statement from Jeane Freeman MSP, to provide an update on whether any progress has been made in recruiting more paediatric doctors.

“Every day at least one or two West Lothian families, on average, are having to make the 20-mile trip into the centre of Scotland’s capital city for their child to be looked after.

“This closure also has other unintended consequences such as increasing pressure on other parts of the health service including the Scottish Ambulances Service and GP practices.

“Out of hours services at St. John’s children’s ward have been closed for far too long, it’s time to get them reinstated.”