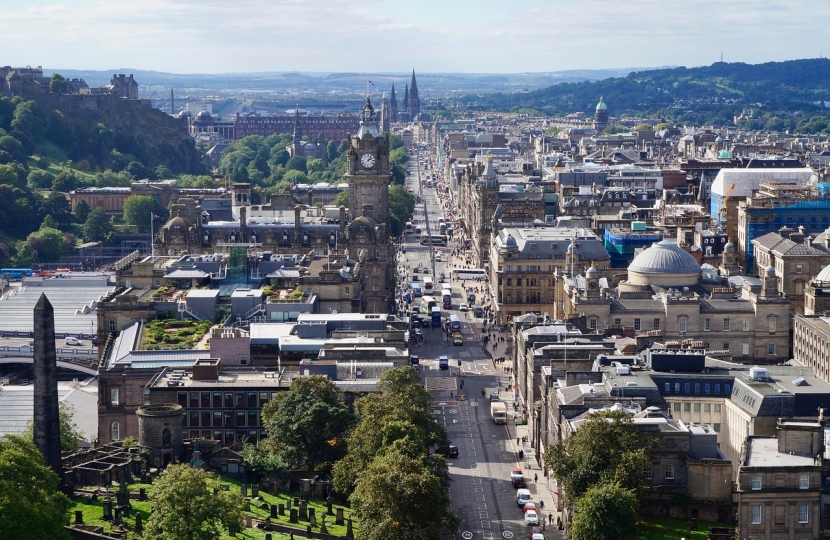 The SNP leader of Scotland’s capital city has been slapped down by his nationalist colleague and tourism secretary Fiona Hyslop over a proposed new tax.

Taking time out from a trip to Japan, Ms Hyslop blasted Cllr Adam McVey for claiming Edinburgh was “ready” to implement the controversial tourist tax by next summer.

During a tense exchange on Twitter, she responded furiously with a series of question marks, before stating: “So let’s be clear – you have no shared plans, no tourist business consultation and no agreement with Scottish Gov.”

The clash exposes splits right at the top of the SNP on the issue, with Cllr McVey subsequently informing his senior colleague that the SNP-led council had formally approved the move.

The Scottish Conservatives oppose the idea, pointing out businesses are already highly taxed, and warning that increases could be passed onto locals rather than visitors.

“This is an embarrassing split right at the top of the SNP on this issue.

“In full public view, the nationalist tourism secretary is slapping down the SNP leader of Scotland’s capital city.

“Fiona Hyslop appears surprised that the council has approved this move, which would suggest she’s not fully on top of her brief.

“It’s also strange that, while on an official engagement on the other side of the world, the minister’s first concern is getting involved in a Twitter spat.

“We don’t agree with Adam McVey that Edinburgh – or anywhere else – should introduce a tourist tax.

“Businesses in that sector are already taxed far too much, and this move would only jeopardise these firms and the jobs they support.

“There is also a risk these taxes could be passed onto local people rather than those visiting.”