Born, raised and educated in West Lothian.  Resident of Bathgate for 20 years. For over 40 years has been employed within the construction industry as a Quantity Surveyor/Commercial Manager.  A career which began serving apprenticeship in the early stages of Livingston new town.

He led the West Lothian Better Together campaign during the 2014 referendum.

Passionate in taking the local association forward and believes it is time for the Scottish Conservatives to begin their return to the levels of support achieved during my youth.

Gordon Lindhurst, Scottish Conservative MSP for Lothian, has added his voice to calls for better road signage for the Korean War Memorial on some of Scotland’s motorways.

For almost 3 years The Korean Veterans have been trying to get adequate road signage installed on motorways to ensure that those wishing to visit the national memorial in the Bathgate Hills can find their way to the memorial.

The continuing failure of West Lothian Council to maintain a regular bin uplift service has resulted in our streets being littered with brown bins for week upon week this spring. Some residents have not had bins uplifted since early February 2018, some three months ago.

Following his re-election, Charles Kennedy stated, "I am honoured and privileged to continue in the role of Regional Convener for the East of Scotland. I have enjoyed the last couple of years in this role and am proud of what the party has achieved in this time.  We have doubled the numbers of Councillors across Scotland and the results in last year's General Election demonstrate that the Scottish Conservatives are the only opposition to the SNP.  I am confident that with Ruth Davidson at the helm, we are a government in waiting.  I'd like to thank all those who have supported the party the past two years and am grateful to those who have put their faith in me and I am sure we will achieve even more over the coming years."

On Friday Jeremy Balfour MSP joined by Charles Kennedy visited Keltra Crafts in Bathgate to show support for the independent retailer. Keltra Crafts is on a short list of five outlets in Scotland for the category of 'Best Local Independent Store' in the Crafts Beautiful Magazine International Craft Awards 2017.

MSP Miles Briggs and West Lothian Councillor Charles Kennedy have been inspecting the regeneration work carried out in Bathgate town centre. The funding for the regeneration work was secured as part of a previous budget negotiation between the Scottish Conservative’s and the Scottish Government. The work carried out will make a big difference to local businesses and local residents in Bathgate and is receiving lots of positive feedback.

Charles Kennedy and supporters out in Bathgate this evening canvassing

Charles Kennedy and supporters out in Bathgate last night canvassing

Campaigning in the Lothians 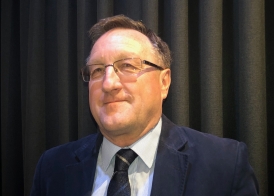