Councillor - Linlithgow
Tom Kerr Ch.Eng., F.I.Mar.Eng.  A background in seafaring and marine consultancy, Tom has been a Conservative Party Member since 1975.  Was first elected onto West Lothian Council in 1992 and is the Provost for West Lothian a position he has held since 2007. 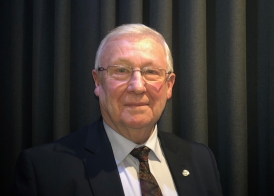